Showcasing superior performance levels unmatched by any CTV in its class 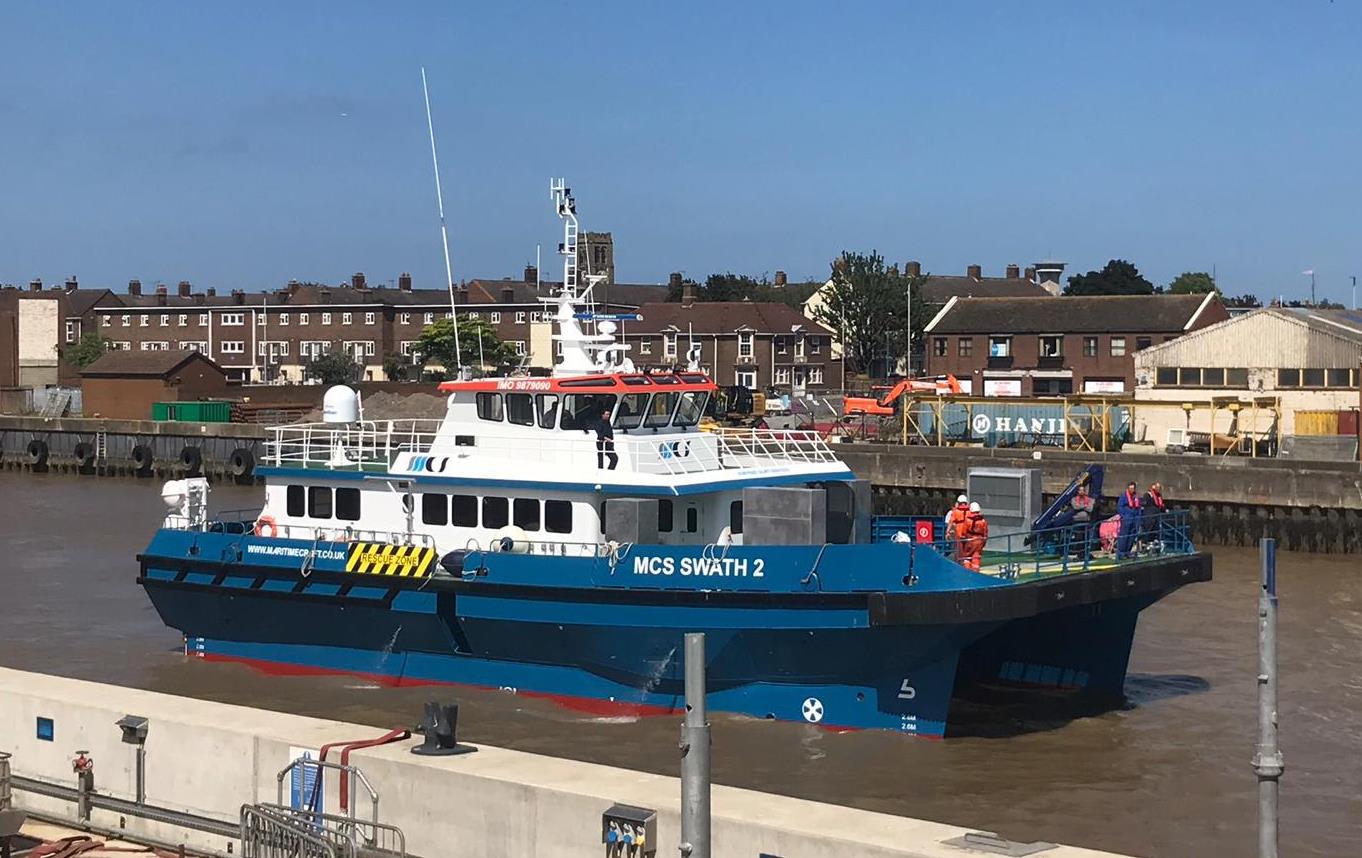 Our world leading 26m Typhoon Class Swath, MCS Swath 2. has been setting new standards of passenger and crew comfort and extending annual operations by more than 90 days per year, with operations in Hs=3.50m.

This design is an evolution of the first MCS Swath 1 vessel, which has proven herself to be superior in all seas states, and able to transit/transfer safely in Hs=2.50m, well beyond existing catamaran CTVs. A short montage of videos of MCS Swath 1 in varying conditions is shown here:

These world leading class of Swaths CTVs are now pushing the envelope of CTV operations into the ‘holy grail’ of Hs=3.50m range. With the Captain’s noting: “..she sticks like Velcro..” when up against the towers.

The mk2 variant of MCS Swath 1 has subtle changes such as: a 50% increase in displacement, providing a payload of up to 40 tonne, dual Workboat Code and HSC-OS 2000 code and LR SSC rules compliant. MCS Swath 2 is a quad drive, using 4xScania DI16 engines, with 2 engines per hull driving through a Hundested gearbox, and as MCS1, having the engines up in the haunch region of the hull for easy maintenance from the main deck hatch.

The motion control system uses the Island Engineering system that has proven to be fully effective on MCS Swath 1 with accelerations no greater than 0.10g in Hs=2.0-2.50m in all sea headings and their unique zero speed heave dampening mode which has demonstrated the following reduction in motions:-

Thus clearly highlighting the “lightly damped” hull form of a Swath vessel is easily to manipulate and control, which removes the need for any heavy expensive and bulky motion damped platform. Thereby leaving the foredeck clear for working.

With MCS Swath 2 satisfying both the Workboat Code and HS-OSC code and pushing the operational envelope for a CTV into the Hs=3.50m which is previously unheard of and twice that of any equivalent size catamaran CTV and extending the operational profile by more than 90 days per year, it is clear that the next generation and evolution of the Ad Hoc Marine Designs Typhoon Class of Swath is in a Class of its own for guaranteed day in day out rough sea operations.

Read about More of our Projects 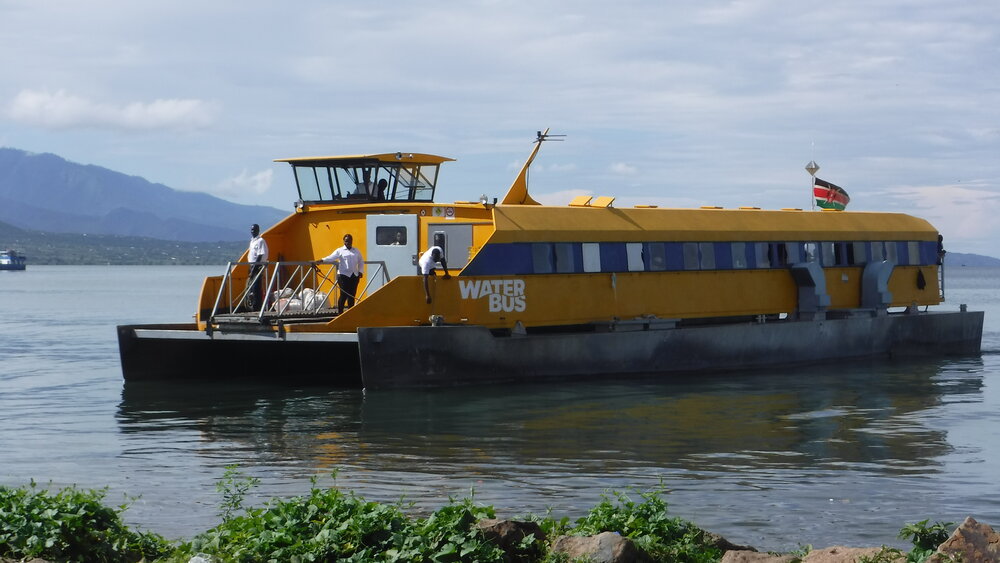 With more than 30years of designing high-speed aluminium fast ferries, Ad Hoc Marine Designs were approached by Waterbus to assist them in updating their existing fleet of vessel to become LR SSC rules complaint.
Read more... 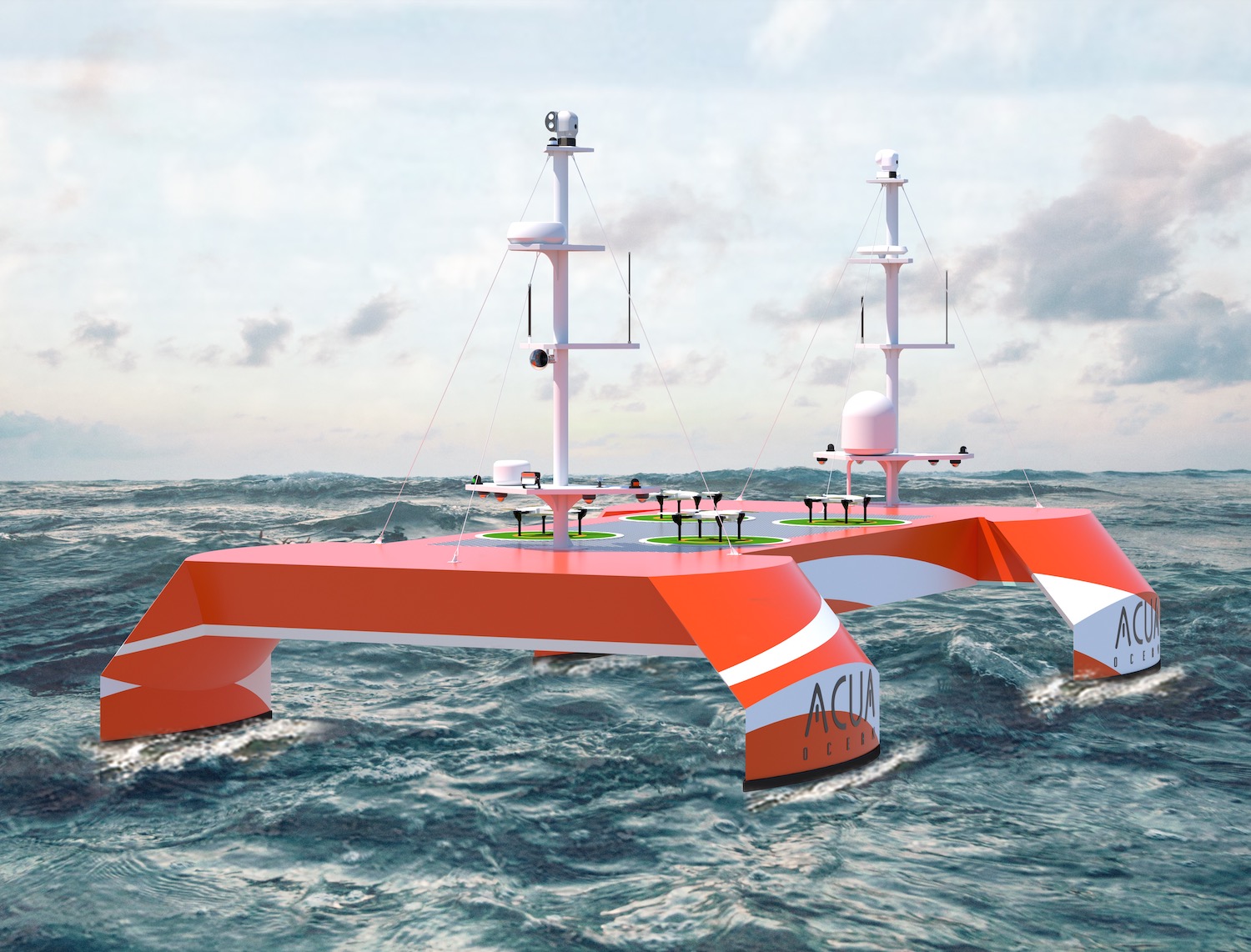